A highly-infrequent and generally snarky look at the search terms that bring people in to the Typosphere site, with attempts at responding to the questions therein:

Your first step is to try and determine what model Remington you have. There's likely someone else around who has the same model, or a similar one, and maybe has even done this sort of thing. Did you check the repairs topics here on the site? You're probably looking at adjusting a screw or pair of screws on the mechanism that move up and down. Some typewriters have cushioning material that may have gotten pulverized over the years and needs to be replaced. Back in the days of regular typewriter repair shops, this was probably an easier prospect than it is today.

I suspect that a clever owner could pick up a set of felt washers from the plumbing section of the hardware store and cut a small slit in them from the inner circle to the outside edge, to allow them to be slipped over the shifting rods without any additional disassembly. Actual implementation is left as an exercise to the reader.

Yes! But that's not Apple's fault, necessarily. Blame the march of technological advances, the ease and cheapness of overseas mass assembly, and the drive to always own better/faster/newer. iPods and most other modern devices are obsolete before their release, if you consider that their replacements are already being designed and mapped out. Gone are the days of a "lifetime" device affordable by the average person. You might as well buy a typewriter: it's already obsolete, it will outlive you, and you can share your music with everyone in the room... whether they like it or not. Not since the heyday of the boom box has it been so easy to share!

In all seriousness, though, consider what you really want and what you really need, and buy accordingly. My 1st generation iPod shuffle is lightweight and easily holds enough songs to keep me entertained while walking the dog. And consider whether a single-purpose all-in-one device is worth it to you. I don't have to take my phone with me on dog walks.

There's certainly no shortage of typewriter books out there. I personally recommend The Story of My Typewriter by Paul Auster, which is a fairly personal expression of one author's writing machine. I doubt that Mr. Auster feels as strongly about his iPod, if he owns such a thing.

The name of the cafe that got put on a lot of Typospherians' bucket lists for sure, mine included.

June 23rd, by popular decree,  although International Typewriter Appreciation Month (ITAM) is coming in February. Hug a typewriter all month!

Offhand, I'd say you've got them backwards. On most of my portables, the ribbon unspools from the "back" of the spool, as seen by the typist. On my Royal standard, though, they unwind from the front. I have an Underwood portable that does the same thing.

Make sure the ribbon isn't jammed up, and if the typewriter has a ribbon-reverse switch, flip it and see if you can get the spools to turn the other direction. If not, try setting up the spools so they wind/unwind differently. To own a typewriter often means solving a series of puzzles.

For what purpose? If its for a theater prop, there might be some collectors who have suitable machines that can withstand the ill-treatment that a life in the limelight presents. For movies, I would assume your prop house can manage something, though I know some collectors have also loaned or sold era-appropriate models to productions.

Step 1: figure out if it's an Olympia, or a Corona. If it's both, you may have larger issues than you think.

Pretty! If you're buying one on an online auction, make sure the photos are of the actual machine being sold, though. More than a few 'spherians have seen their photos used for fake online auctions.

Jealousy-inducing. Steve collects celebrity machines -- that is, the machines of and used by celebrities, though I suppose the machines have a fame unto themselves, after a fashion. Their durability can lead to a lifetime of deeds, both infamous and notorious.

Look over there, on your right. That sea of links? Blogs a-plenty. If you have one, post a link! We'll be happy to add you in.

Here he is. That's a Selectric being threatened.

typosphere
welcome to the typosphere

"Every morning, as he has for the past 34 years, Ajay Kumar Nayak walks to a busy footpath outside Calcutta's high court. He sets up a rickety wooden table, places a battered plastic chair behind it and then carefully places his 15-year-old typewriter on the table."

In fact, the Remington is about 60 years old, and has survived all those decades on the streets of Calcutta. A tribute to the durability of our beloved machines!

See the bittersweet BBC story and video here.
Posted by Richard P at 4:36 AM 5 comments:

Email ThisBlogThis!Share to TwitterShare to FacebookShare to Pinterest
Labels: in the news, India

If the Exhibits Won't Come to the Typewriter...

...the typewriter must go to the exhibits. The mobile office, circa 1939 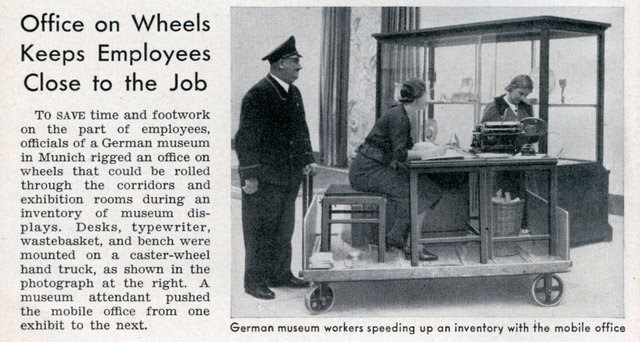 from Modern Mechanix
Posted by mpclemens at 9:59 AM 3 comments:

Email ThisBlogThis!Share to TwitterShare to FacebookShare to Pinterest
Labels: found on the web

Using a typewriter to provide a (nonsensical) text backdrop for his drawings, artist Pablo Gamboa Santos has created a 200-foot-long installation titled "QWERTY" (some panels are shown in that link.) This may not be news to everyone -- I have this niggling sense that someone else's blog pointed this out already -- but my news feed just ran it past my eyes this morning, from a story in the Daily Mail. 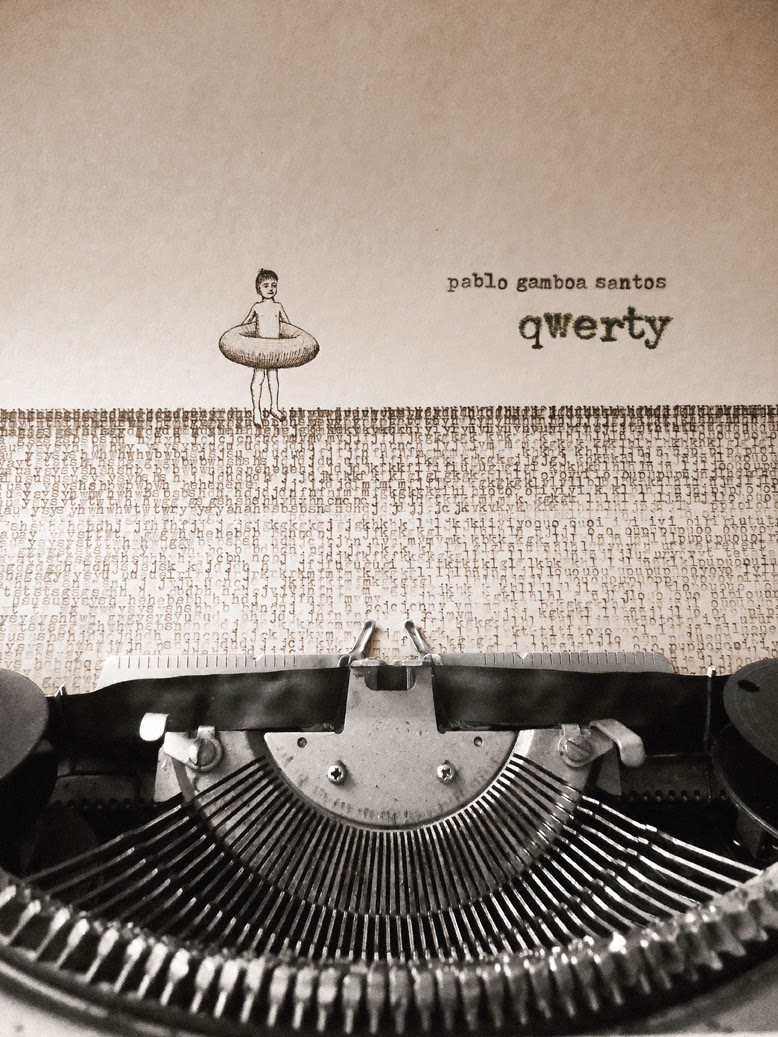 I lugged my old Smith-Corona to downtown Anaheim to spend the morning typing and soaking in the atmosphere of “Ink & Bean” which calls itself a “coffee saloon and wordshop.”
I’m planted in the middle of the small coffee house, whacking away on my typewriter pretending to be Kerouac or Hemingway. ...
The coffee may be good, but in my mind the stars of the place are the typewriters. There are eight of them – Royals, Underwoods, Smith-Coronas – and the plan is to get more. The plans for the whole place, in fact, are big. Writer’s workshops, author nights, writing contests, book exchanges, inspirational meetings – they all came out of the brain of owner Shaheen Sadeghi, who developed “The Lab Anti-Mall” in Costa Mesa.