I never get tired of reading these articles. Here's one from The Record titled Typewriter shop keeps aging relics clicking. It seems rather common that most of the typewriter businesses added a computer and printer sales and service side.

I had a laugh when McLemore described a typewriter to someone who didn't know what one was. I've actually described is similarly to kids, minus the bit about the memory.
Posted by deek at 12:49 PM 4 comments:

Email ThisBlogThis!Share to TwitterShare to FacebookShare to Pinterest
Labels: in the news 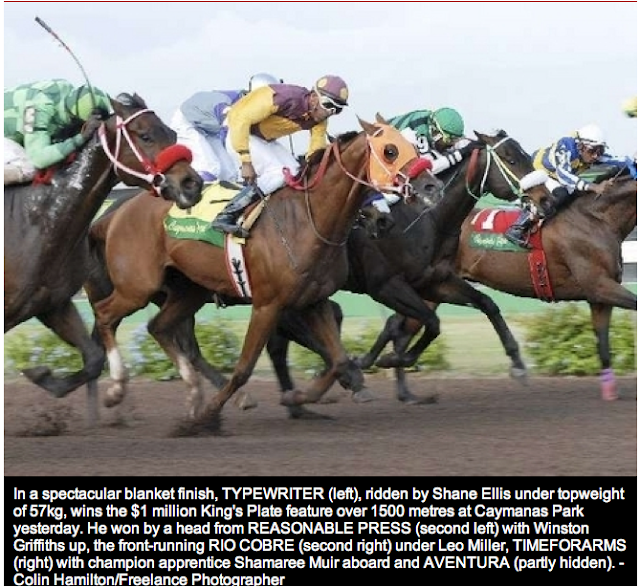 The Typewriter film screening in L.A. starting May 10

The film is getting a short theatrical release here in LA at the Downtown Independent Theater. Very proud that the film is screening at that particular theater. It's got 222 stadium seats, sells craft beer and wine and is very indie friendly. This film is about as "indie" as cinema gets. This is remarkably good news to me - the odds of a sub- $10K independently produced, hour-long documentary getting any kind of theatrical release are never in the filmmaker's favor. We always figured the film would reach its audience online and on television. A theatrical release is literally unheard of for such a film.

The link to the Facebook event page is below. It's a public event, so the page should be viewable even to people who aren't on Facebook.

For anyone who missed the announcement, Mike McGettigan is organizing a type-in in NYC on the 21st -- and big media will be there.

Get a poster here and RSVP in the comments.


Type-IN NYC
“A jam session
for manual typewriters
and the people who love them.”
@ Theatre 80 (Next to William Barnacle Tavern and
below Museum of the American Gangster)
80 St. Marks Place (Between 1st & 2nd Ave)
Subway: N,R to 8 St. NYU / 6 to Astor Place
- Speed typing showdown
- Snail mail letter session
- Q & A with typewriter experts
- Typewriter swap (Manuals Only)
Graciously hosted by Theatre 80 and William Barnacle Tavern
Free to all ages (Bring functioning manual typewriters -orstamped
envelope) For more info/updates: phillytyper.com
Sunday 4/21•1 to 4 pm
Posted by Richard P at 5:09 AM 4 comments: