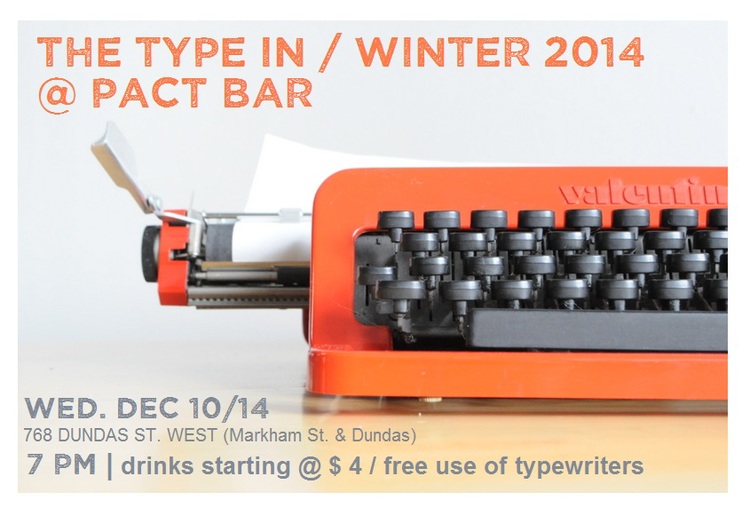 "Security with a portable typewriter"

A small item from the New York Times. 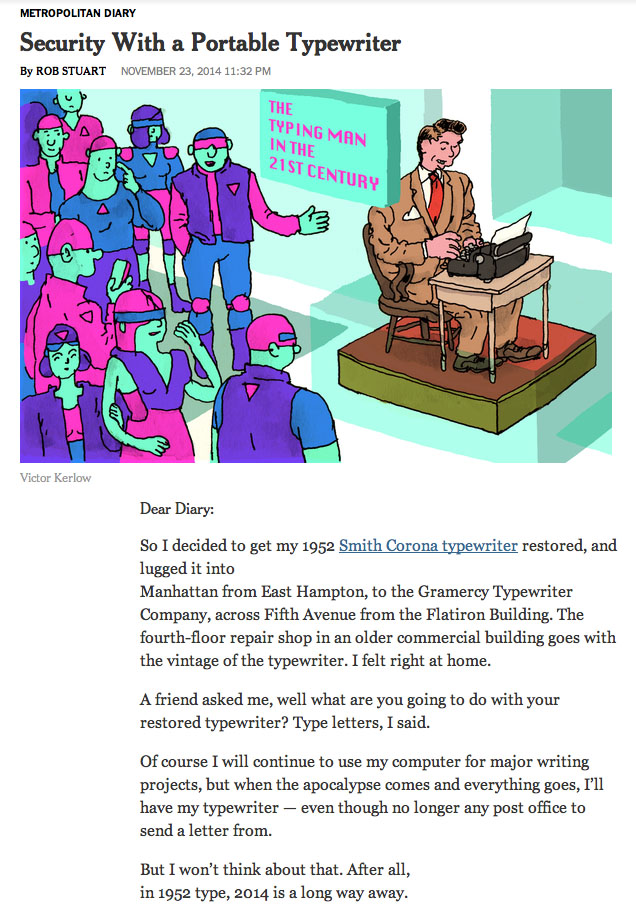 The link goes to a 1995 story about Smith-Corona's bankruptcy. Today Smith-Corona is still in business, but not the typewriter business — it makes labels for industrial use. The company logo cleverly combines a Corona 3 with a scan code used on labels.

Email ThisBlogThis!Share to TwitterShare to FacebookShare to Pinterest
Labels: in the news, Smith-Corona

You gotta see this. Genius!


Joe Hounsham and the Dico project

read the background story: http://asmarterplanet.com/mobile-enterprise/blog/2014/10/interactive-typewriter.html
Posted by shordzi at 11:23 AM 3 comments:

Tom Hanks is writing a book ...

From The New York Times:


Tom Hanks has a thing for typewriters. He’s been collecting them — “for no particular reason,” he says — since 1978. A few months ago he released a writing app called the Hanx Writer, which mimics the sounds and motions of an old-school typewriter on an iPad. Last summer he wrote an essay for The New York Times about his favorite models, riffing on the relative merits of a Hermes 2000, a 1930s Remington or a mid-century Royal.
Now Mr. Hanks is writing an entire book inspired by the subject. He just sold a book of short stories loosely connected to photographs of the typewriters in his personal collection to the publisher Alfred A Knopf.
“The stories are not about the typewriters themselves, but rather the stories are something that might have been written on one of them,” Mr. Hanks said in a statement released by Knopf on Monday.
His book deal comes on the heels of his recent fiction debut in The New Yorker. Last month it published Mr. Hanks’s short story “Alan Bean Plus Four,” about four friends who orbit the moon in a homemade space ship. The story drew mixed reviews from literary critics.
But publishers took an interest. A few emailed Mr. Hanks’s literary agent, Esther Newberg, at ICM, to see if Mr. Hanks had any more stories. Ms. Newberg asked Mr. Hanks if he was interested in writing more fiction, and he came back with the idea for a book of stories connected to his typewriters. Knopf acquired the book for an undisclosed amount. Peter Gethers, senior vice president and editor at large at Penguin Random House, will edit the book, which doesn’t have a title or a release date yet.
In an interview with The New Yorker’s fiction editor that ran on the magazine’s website Mr. Hanks cited Alan Furst, Stephen Ambrose and David McCullough as his literary heroes. Asked why he was turning to fiction now, after so many years of success in Hollywood, he said, “I’ve been around great storytellers all my life and, like an enthusiastic student, I want to tell some of my own.”
Posted by Richard P at 12:12 PM 4 comments: