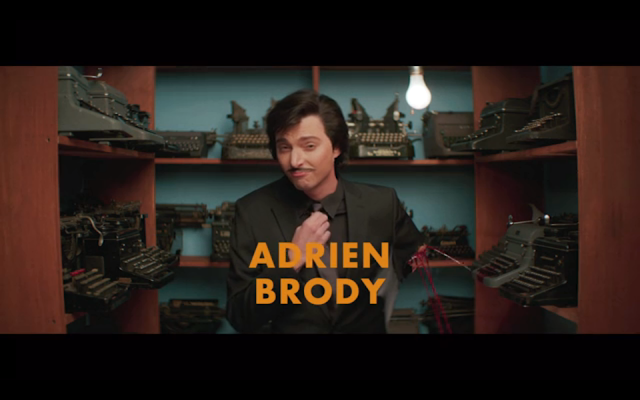 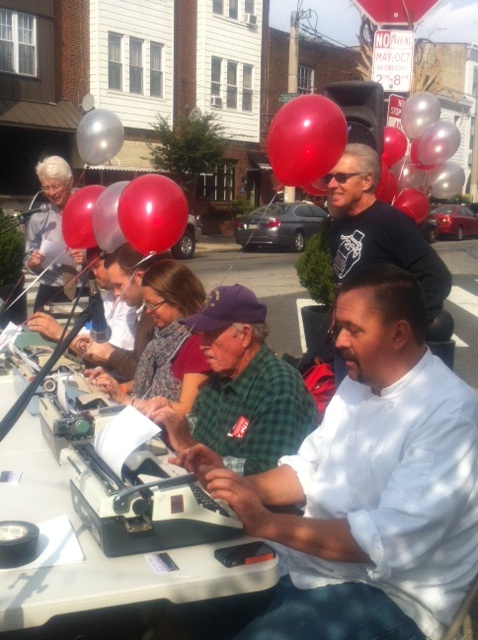 "The typists followed [Mike McGettigan's] instructions to write a brief message and then keep hitting the carriage return until the white sheaf of paper, tied by ribbon to a balloon, lifted up into a bright blue sky."

PS: "The Typist" is just a few hundred dollars away from its target.
Posted by Richard P at 12:39 PM 2 comments:

Email ThisBlogThis!Share to TwitterShare to FacebookShare to Pinterest
Labels: around the typosphere, balloons, events of interest, type-in

"The Typist" -- an indie film that needs our help 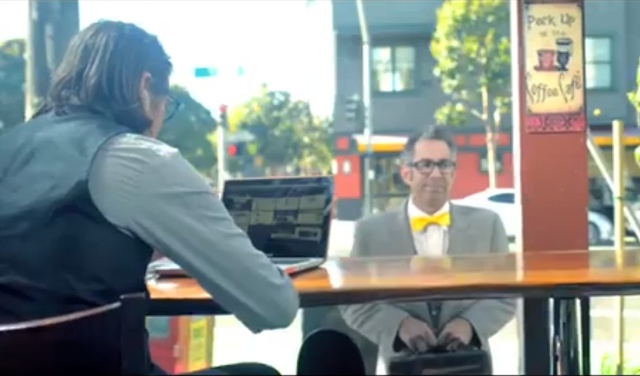 "It's about a young man who likes to type on an old-fashioned typewriter. But he's lonely. So he goes out on an adventure to look for people of his type..."

Filmmaker Abraham Heisler is looking to get his movie into festivals. You can support him on the Kickstarter-like site Pozible.

Thanks to Peter Eipers for drawing this to my attention.

I'm going to go ahead and get started gathering information, as it is never too early to do so. We are definitely going to have to set up a day and time to run a Google Hangout, or set up a forum of some kind, to work out what to do after the information is gathered and set up in a primitive webpage. It's imperative to archive each submission as links and blogs aren't permanent, and I will be doing that as they are submitted. I also had some basic ideas for tagging the submissions by manufacturer, model, and repair type.

Scour your own blogs/sites for repairs! If each of us does a fraction of the work, it will be simpler for me (!) and progress faster. If you don't have much time to do so, just including the link will be fine. If you have more time, also include a little about the submission, as in this example:

Outline for the Typewriter Repair Resource

There is a weakness to forming the project over blog posts, as Rob mentioned. It's not as easy to be collaborative here, but we'll try our best. It's a simple enough project.

Will pointed out that this is an attempt to preserve repair knowledge, which it is exactly. I just couldn't find the right words. We have a tremendous amount of information that is exponentially growing, but it lacks good organisation. When a body of knowledge grows quickly, without being consolidated, organised, and maintained, that knowledge has the potential to be lost!


One of the goals of the typosphere is to preserve not only typewriters, but all the knowledge that must accompany them. Why must we do this? Because these machines deserve it! They have lasted this long and will continue to fulfill their original purpose for decades. Try saying that about the MITS Altair 8800. Wait...that didn't really have any useful purpose other than to show that working microcomputers could be built by hobbyists. A better example would be the Apple II. If you were an Apple user in 1980, your computing needs were met with that product. Today an Apple II would be largely useless in fulfilling the computing needs a user demands (whether it was an excellent product or not).

There will be a time in the future when there is nobody left who has grown up around manual typewriters and learnt from the experts about repairing them. That legacy is already disappearing, but it is being replaced with something with the potential to become even greater. The majority of typewriter users now are enthusiasts, and also their own repairperson. Knowledge is freely shared amongst, as it should be.

The idea of a wiki has been brought up, originally last year by Shordzi, and now again. I was on a bit of a typosphere hiatus at the time, so I can't say from experience—but I can imagine that didn't take off because there was not a solid base of organised information from which to create the wiki, and there weren't enough people with the time or inclination to develop it. I'm not advocating re-starting that idea yet—rather, we should keep this as simple as possible. Once the pieces have been gathered together, then a wiki can naturally spring forth from that information base with all the focus on re-organising it into wiki format, rather than having to worry about information gathering.

Ted mentioned the Typewriter Database as a candidate to host and arrange the links. It would be best to get the information sorted separately first, in case the wiki idea is later pursued, saving him hours of work on the website that could be eclipsed within the fairly near future. If the wiki shows no signs of interest, then that might be considered! 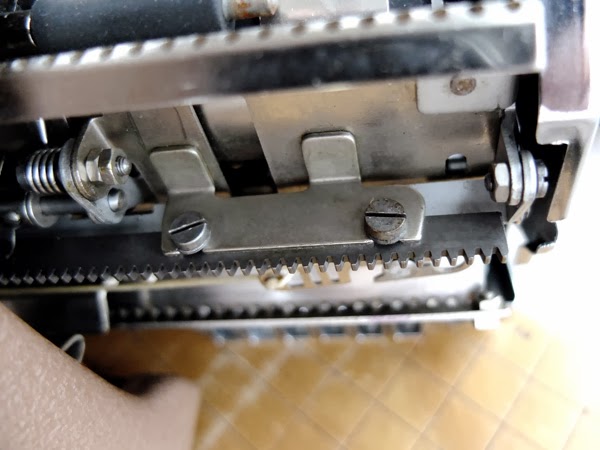 There are two possible suggested ways of organising the repair information—by brand and model, or by repair type and subtype. Both have their merits. When I first conceived this project, the main types of repairs I had in mind were the common Olympia carriage problems and the frozen Facits—very machine-specific knowledge. Mike had in mind over-arching repairs like platen replacement and character alignment adjustment. These are less machine-specific operations that can be more easily applied to a wider range.

It would probably be best to arrange the repairs using both methods. Most repairs could be grouped by typewriter. A separate section could group them by repair type. There would be much overlap, but some of the links would be present in only one section. The actual format of the repair entries will include a short description of the problem, and how it is addressed, as well as the link.


I propose that as long as there are no other major suggestions, as it seems best to keep this as simple as possible to begin with, we should spread the word and individually link to our repairs in the comments. I'll wait a day or two for any further discussion, and then create another post to collect the repair links!

One last thing. We need a better name than the long-winded "Centralised Typewriter Repair Resource", Something concise and meaningful. Of course we could just call the page "Repairing Typewriters".

Collectively, the typosphere has made great progress in solving many of the age- and repair-related complications plaguing our typewriters, finding out that major problems often have simple solutions. These fixes often are not specific to the one typewriter that has been fixed, but apply to all within that model range. It's about time we set up a way to keep these repairs organised by brand and model in a central location!

Imagine this: you've discovered a beautiful Olympia SM3 with a fantastic typeface, but it is plagued with a carriage problem that you don't know how to repair. Maybe you've seen someone post on it before and can't remember where or when. Perhaps somebody has solved this problem, but you just don't know about it. You could Google it, and you might find what you're after. Suddenly you remember! (How could you have ever forgotten?) You look up "Olympia SM" on the Typosphere's repair page and scroll to the "carriage" section.  After checking out the linked blog posts, an hour later your SM3 is functioning perfectly. 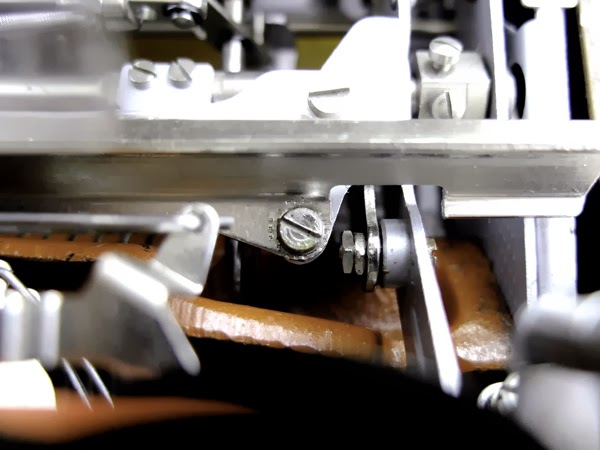 My first thought was to create a page on this blog, listing typewriters alphabetically by manufacturer, then chronologically by model. Underneath each section would be links to various helpful repair blog posts. (As well as a separate area for fixes that apply to multiple typewriters.) That is my suggestion. Let's hear yours!

After it is decided, I'll make another post where you can submit your own repair posts for inclusion. For now let's just focus on how to best host and arrange them.

Here's a creative idea that combines poetry (one line at a time), typewriters, and the internet: "a typewritten Internet Poem."

The typewriter poet is billimarie. Here she is, ready to work. 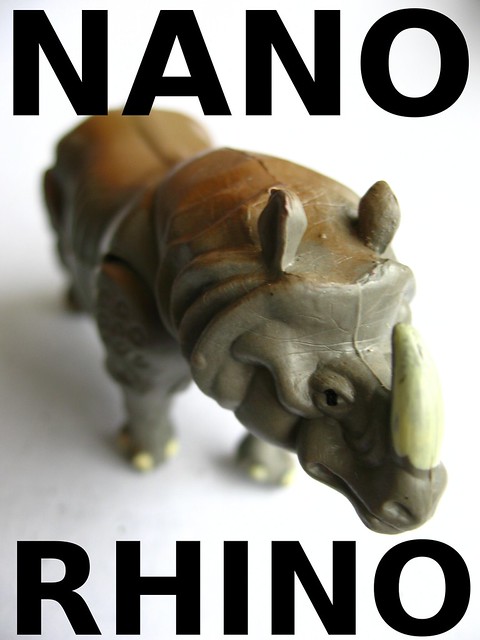 It's the Rhino-Signal! Brigadiers, assemble!
Posted by mpclemens at 10:19 PM 2 comments: