Well, maybe not. Don't mind me, I'm just trying to identify the typewriter that was the model for this drawing. I'm thinking a round-top Royal QDL, myself...

Asbestos! Use it on your desk! On your clothes! Near food!

(from the Modern Mechanix blog)
Posted by mpclemens at 7:21 AM 5 comments:

Email ThisBlogThis!Share to TwitterShare to FacebookShare to Pinterest
Labels: hold your breath, sightings

This article bubbled up on my "typewriter" newsfeed the other day. It's short on details, though:

A rare 19th-century typewriter, which was heading for the tip, is now the centrepiece of a house lot that goes under the hammer in Burnie [July 21st].
[...]
"The North's Typewriter had been in the family for 80 or 90 years and was destined for the skip bin," Mr Broadfield said.
[...]
"It is a very rare design. Only four models of this kind of typewriter, where the type stroke is not visible, were made."

For want of a better term, it sounds like this is a "backstroke" typewriter, with the bars striking not the front or the underside of the platen, but the side opposite the operator. I'm hoping for some guidance from Richard or Alan here. In the meantime...

Email ThisBlogThis!Share to TwitterShare to FacebookShare to Pinterest
Labels: in the news, rarities

Just reading Scott's latest update on The Filthy Platen about getting a replacement part 3-D printed for a Remington. Folks, the future's here, no doubt about it. And I think there's a certain poetic beauty to using modern printing techniques to repair a classic printing machine.

Now, let's get Shapeways hooked up with the guys behind this video and we'll all be printing our own Remettes*


* Some assembly required
Posted by mpclemens at 9:34 AM 8 comments:

Email ThisBlogThis!Share to TwitterShare to FacebookShare to Pinterest
Labels: around the typosphere, cool, typing where no man has typed before

Ryan Adney, you may have started a trend:

It's raining typewriters -- and adding machines -- in Northern Kentucky, across the Ohio River from Cincinnati. This guy has a collection of many machines which he'll sell for $150 -- for all of them. But you have to take them all, you can't cherry-pick. I think I see an Oliver, an Olympia SG1, a Remington 12, etc. Maybe someone in the typosphere would like to rent a truck and come out to get these?

Here is the craigslist ad. 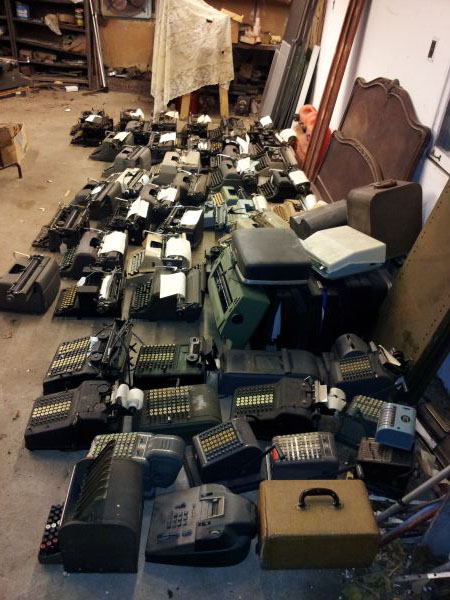 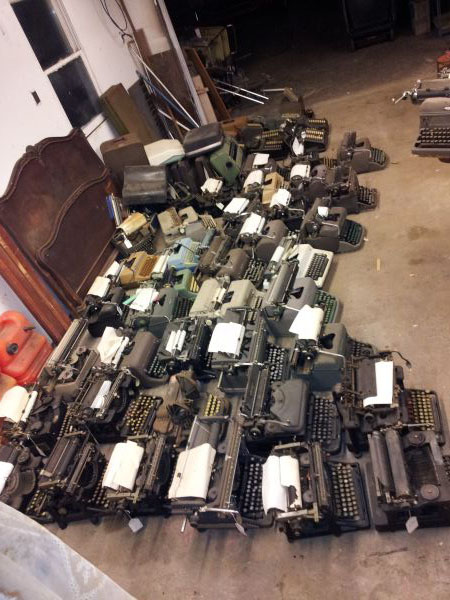