"Previously I had announced that Jack Lacy was having a "Type-In"
at his store in Palm Springs on February 20th, but the date has been movedto March 19th. Jack has been in the family business all his life, hisgrandfather having opened a typewriter repair shop in Los Angeles in 1919.He will have a number of vintage machines on display and for sale, andeveryone is invited to bring his or her portable and type away, or justexchange stories. Jack has some good ones to tell, along with photographs ofhis grandfather in his Los Angeles store. And he'll be serving hot dogs andhamburgers. The location is as follows: Central Printer Resources4599 E Ramon RdPalm Springs CA 92264760-778-4444You can also email Jack at jacklacy@lasrink.com for further information, andto get on the email update list. He'd especially like to know how many arecoming. Should be a really fun event! Dick Sanders"

"I visited this shop and the owner, Jack Lacy, has been in the typewriter business his entire career and loves to talk typewriters. He still repairs old typewriters and he has a number of refurbished vintage machines for sale. He told me his grandfather, Clifford Sanders, opened a typewriter repair shop in Los Angeles in 1919. His father and uncle were in the business, too, and not only has he had a shop for many years, but also worked for SCM for many years. He knows his machines and loves helping those who love old typewriters. On February 20th he's having a "type-in" at his store, all welcome to bring their machines, share stories, and type, while enjoying refreshments. He'll be telling some stories from the old days. He also has an experienced typewriter technician on site, George Torres, and he also has a source in Los Angeles for fabricating parts that are no longer availability. Looks to be a good resource."
Posted by Richard P at 10:38 AM No comments:

The Amazon series The Man in the High Castle, about America under Axis rule, includes lots of typewriters deployed by totalitarian bureaucrats. In this scene, secretaries are at work in the offices of the Japanese authority in San Francisco. Spotted in other scenes: Royal FP and IBM Selectric. 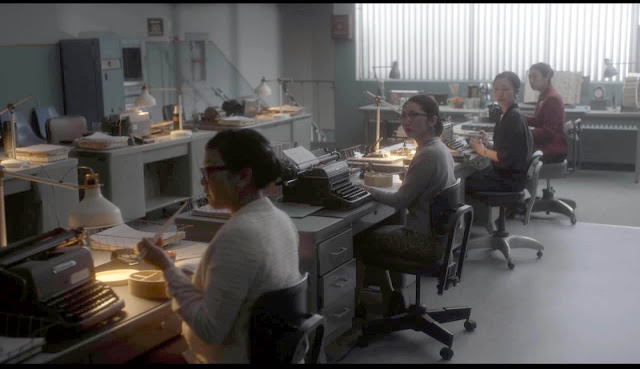 I have three printed copies of this magazine with a story by me (or my alter ego Richard Polk) on the typewriter revolution, and an editorial on the topic. I'll send them free to the first three people with US addresses who request them. Write to polt@xavier.edu. 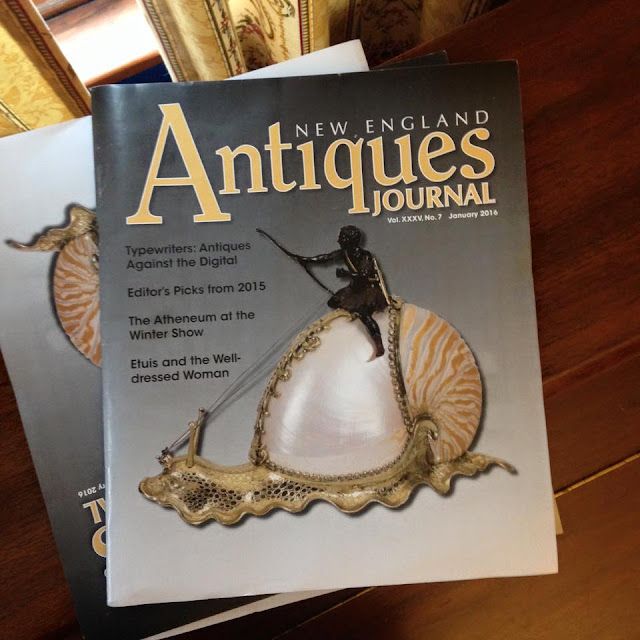 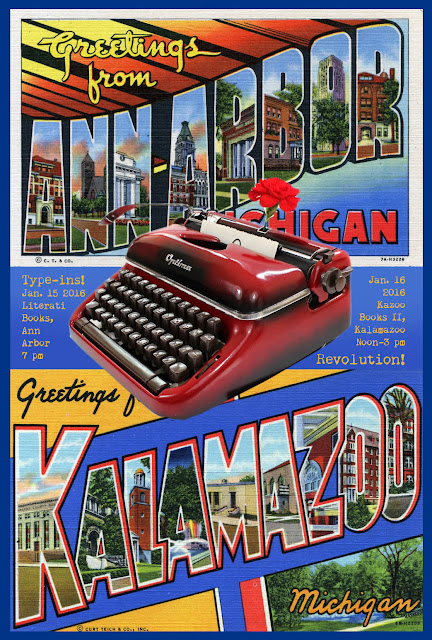